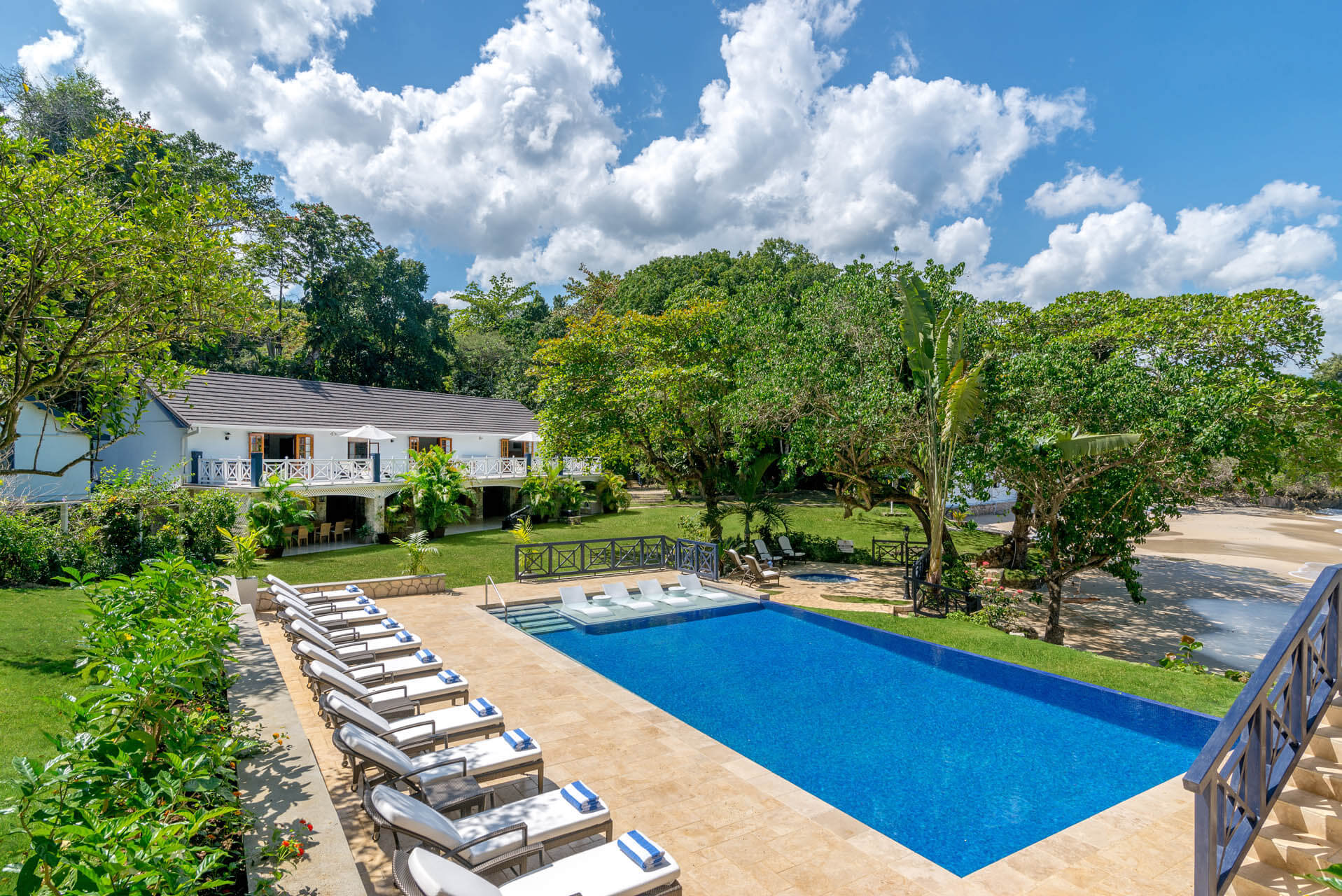 Cascading water drops a dramatic 600 ft within tropical vegetation. Join an organized tour to climb up the limestone tiers and follow with a swim at the beach below.

Dunn’s River Falls is one of Jamaica’s national treasures. Globally, it is as well known as reggae and equally stimulating. There are few places where the Arawak name “Xayamaca” – land of rivers and springs – is more apt. The Spaniards called the area “Las Chorreras”, the waterfalls or springs and it is truly one of the most beautiful spots on the island.

A stone’s throw from Ocho Rios, one of Jamaica’s fastest growing resort centres, Dunn’s River Falls is unique. Described as a living and growing phenomenon, it continuously regenerates itself from deposits of travertine rock, the result of precipitation of calcium carbonate from the river, as it flows over the falls. The small dome-shaped cataracts are usually associated with thermal spring activity found in limestone caves. This, combined with its location near to the sea, gives Dunn’s River the distinction of being the only one of its kind in the Caribbean, if not the world.

The name “Las Chorreras” has degenerated over the years to “Ocho Rios” (meaning eight rivers), although there are actually only four rivers in the area – Cave River, Roaring River, Turtle River and Dunns River. These “Chorreras” are characterized by clarity, unending flow and swift descent, punctuated by rapid cascades and waterfalls which pour directly into the Caribbean Sea. Dunn’s River Falls has an interesting history. It is believed to be the site of the famous battle of “Las Chorreras”, fought in 1657 between the Spanish and the English for possession of the island. The English won, and under British rule “Las Chorreras” was first owned by Charles Pryce. It later became part of the 276 acre Belmont property, which was acquired by Government in 1972, to provide for future development of recreational and park facilities.

The Belmont property was entrusted to the Urban Development Corporation (UDC) for the people of Jamaica. It is managed by the St. Ann Development Company (SADCo), a regional subsidiary of the UDC.

Together they have embarked on phased upgrading and development of the Dunn’s River Falls Park, to the standard befitting a premier national attraction. Today, the new Dunn’s River Falls Park is a mix of modern facilities with the rustic charm of a natural setting. New roads have been built for easier access to the upper reaches of the falls, increased parking and picnic facilities provided, as well as terracing and decks, which allow scenic views of the falls and the distant horizon.

Dunn’s River Falls Park is the perfect environment for fun and relaxation for the entire family. There is a delightful new discovery around every corner.

Yaaman Adventure Park invites you to grab a front row seat and partake in a true experience with mother nature, and all of the vast activities that we have to offer in Jamaica. 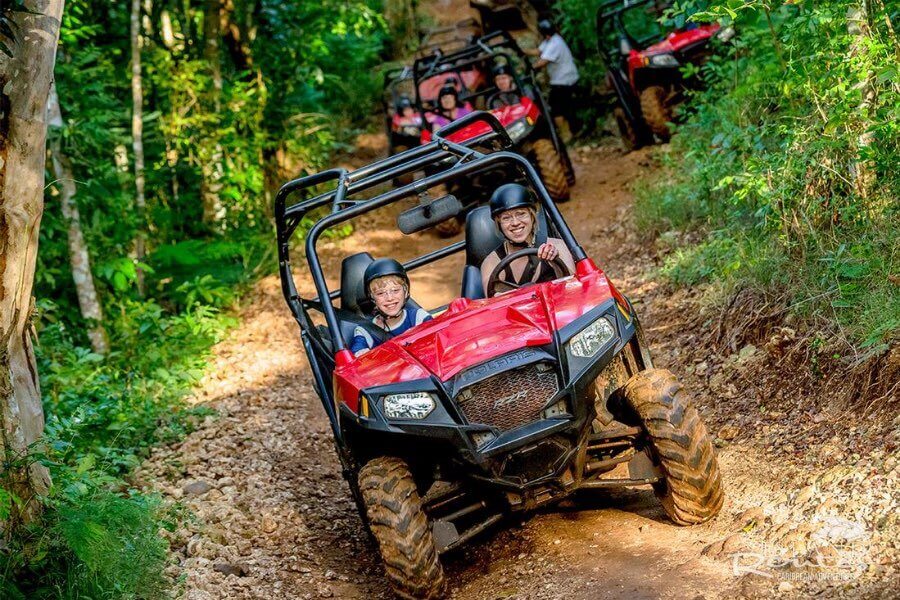 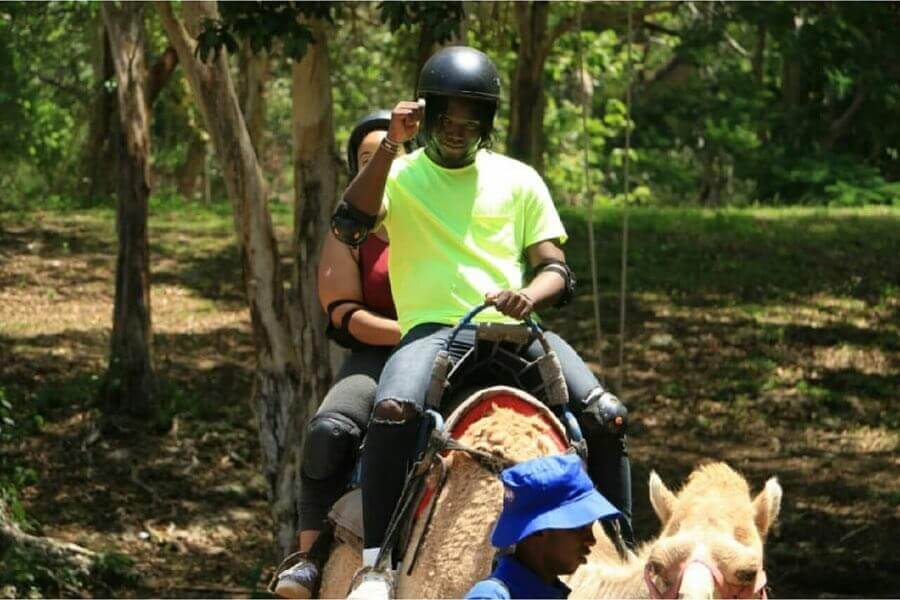 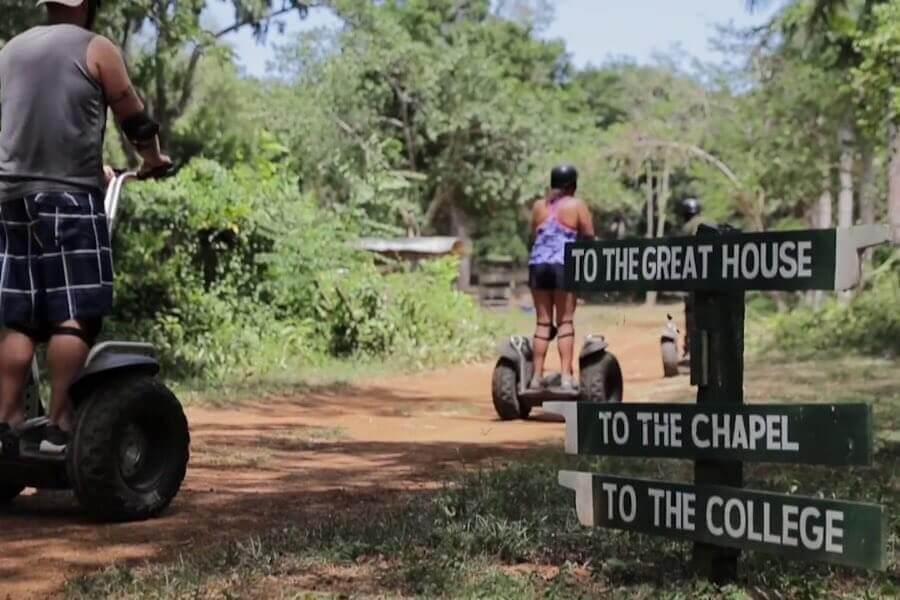 By using this site, you agree to our use of cookies to enhance your experience. Cookies can be managed in your browser or device settings.